I looked through the course stats for Mill Green Golf Club taken from every tournament round entered between October 2017 – October 2018 and had some interesting findings! All of these stats were taken from the scores entered when playing the Red Tees.

What Happens On The 10th Tee?!

I was surprised to find that weirdly the 9 easiest holes (based on average +/- to the par of the hole) are all of the back 9 holes. Which means that over the course of the year, the front 9 holes have been proving much more difficult to score on…But why?!

NOTE: This is exactly how the results came out, I have not split them into front 9 and back 9. 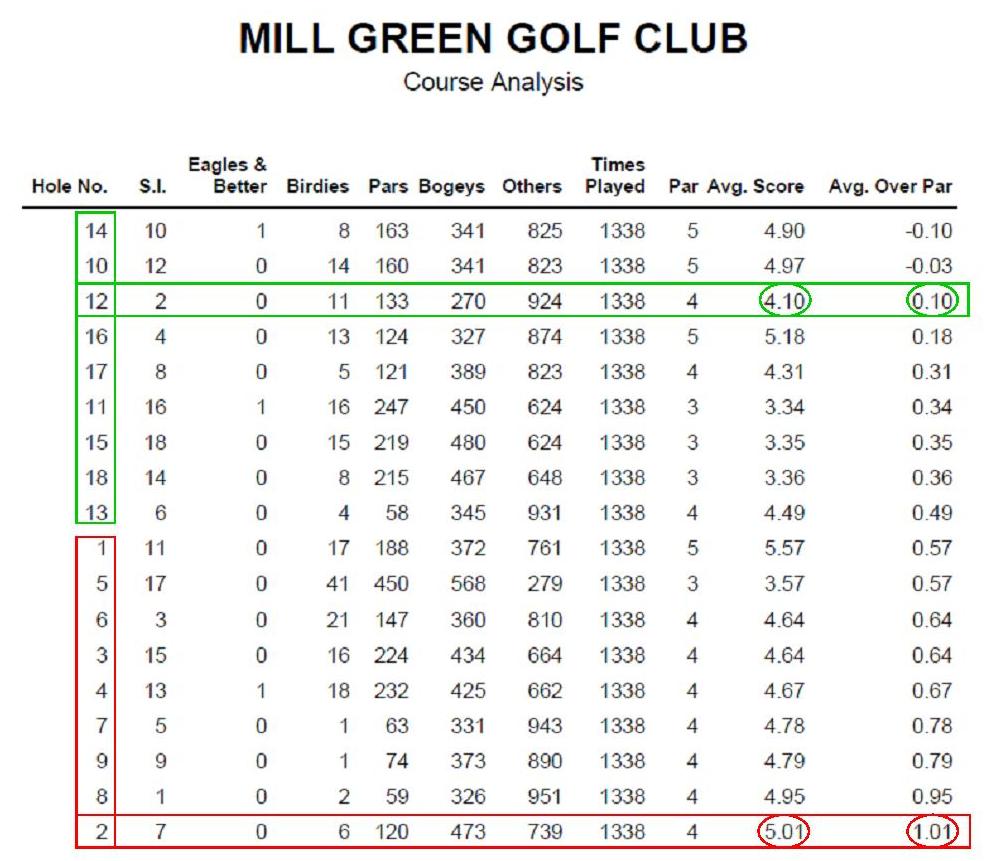 What does this table of numbers tell us about how the ladies have performed? 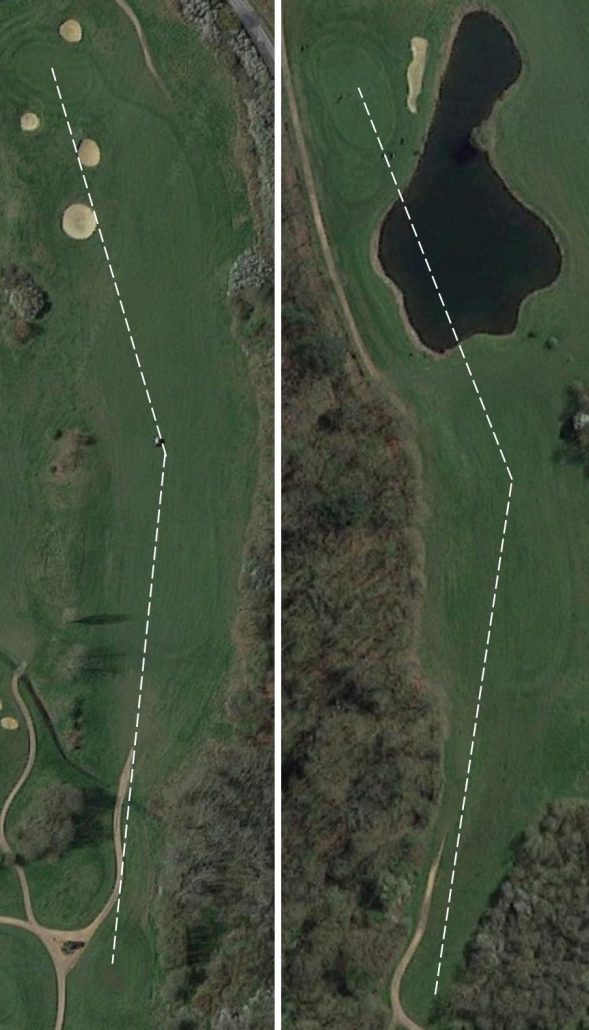 Playing from a bunker drastically increases your scoring average of getting the ball into the hole. Because your hand isn’t forced because of the water, there may be the temptation to take a shot on which is against the odds, not realising how much going in a bunker can impact your score. In reality most club golfers may score better from 70 yards away in the fairway compared to 20 yards away in a bunker.

This is hole 14 which is a par 5 and again often forces the hand of the ladies and how to play it because of the distance, well position bunker and lake. The length of this hole is 459 yards and scoring average of 4.90 which is -.10 to par. In comparison, hole 2 is 346 yards and averages 5.01. In simple terms… 113 yards longer but 0.11 shots lower on average.

So What Can You Learn?

Try implementing some of this into your game and let me know how you get on!

Share with friends or playing partners that would benefit from this!

Your Message has been sent successfully.